Holidays around the world: A look at other celebrations around winter break

Part of the festivities of Chinese New Years include dragon dancers. Photo courtesy of Pexels

When it comes to the winter holidays, Christmas seems to be the headliner. Celebrated worldwide, Christmas is a religious and cultural holiday with a history and tradition combining Christian beliefs with warm folklore. But it isn’t the only holiday celebrated this time of year. Countless other holidays hold great cultural significance, with festivities even the most extravagant Christmas celebrations can’t top.

Here is a look at some of the winter holidays around the world.

Hanukkah is a festive eight-day celebration that, for some, falls during the darkest and coldest season of the year. The holiday, also known as the Festival of Lights, brings light, joy and warmth into homes and communities, celebrated with candles, food, family and friends.

The celebration extends from Dec. 18-26 and is observed by members of the Jewish population all over the globe.

Beginning on Dec. 16, Las Posadas is celebrated throughout Mexico and Central America and commemorates Mary and Joseph’s journey from Nazareth to Bethlehem in search of a place to stay.

Each day consists of a march in which participants will first hold candles and sing Christmas carols, and make their way to a particular home. A special song called “La Canción Para Pedir Posada” is sung until the host agrees to let everyone inside.

After this procession, a mass is typically held where children get to break open Piñatas, usually crafted in the form of a star similar to the one that is said to have guided the three wise men to newborn Jesus. Once cracked open, kids enjoy candy, toys and sometimes money.

Beginning the day after Christmas on Dec. 26, Kwanzaa celebrates African-American culture. Each of Kwanzaa’s seven nights begins with a candle-lighting ceremony with candles representing one of the seven Kwanzaa principles: unity, self-determination, collective work/responsibility, cooperative economics, purpose, creativity and faith. 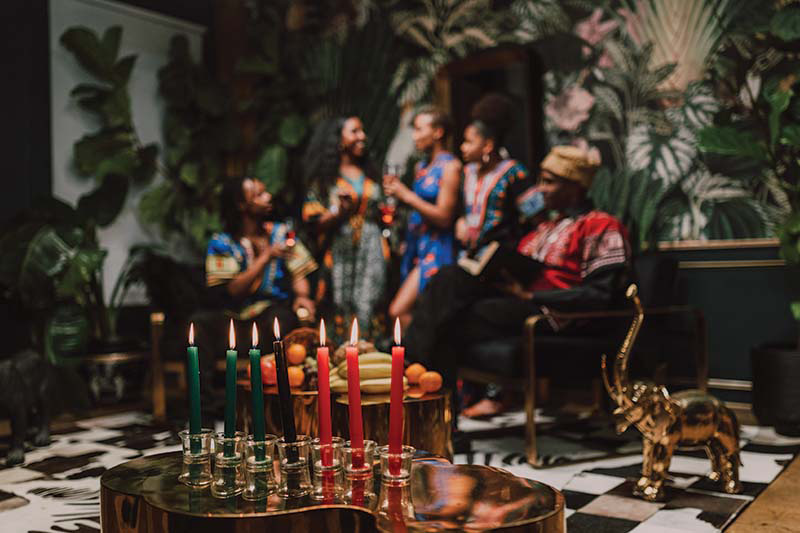 There are a variety of holidays that occur around the same time as Christmas, Kwanzaa is one of them. Photo courtesy of Pexels

There are also seven symbols of the holiday including fruits, vegetables and nuts, a straw mat, a candle holder, corn, gifts and a communal cup signifying unity. On each day, one of seven candles in the African colours of red, green and black is lit in the kinara or candleholder, and those participating discuss the day’s principle.

The celebration intends to reflect upon and celebrate the community’s culture and contributions to society.

The Chinese New Year marks the beginning of the lunar new year between Jan. 22 and Feb. 1. It is also known as the Spring Festival and is one of China’s most significant celebrations, with each year being named after one of the Chinese zodiac’s 12 animals. Filled with fireworks, parades and performances, the celebration concludes with a lantern festival.

This coming Chinese New Year, 2023, is the Year of the Rabbit. The rabbit is known in Chinese culture to be the luckiest of the twelve animals in the Chinese zodiac. It symbolizes grace, beauty and mercy. It brings peace and is regarded as a good year for negotiations.

Every year on Jan. 6, Mardi Gras begins, signalling the end of the 12 Days of Christmas and the beginning of several weeks of parties, parades, fireworks, music and general entertainment.

The biggest celebration in the United States is held in New Orleans, where marching bands take over the streets and masquerade balls are held throughout the districts. Mardi Gras is also celebrated in other cities such as Rio de Janeiro, Brazil and Venice, Italy.

The name “Mardi Gras” is French for “Fat Tuesday,” referring to the practice of eating rich, fatty foods on the last night before the Lenten sacrifices and fasting.

Although this list only included a few of the many winter holidays celebrated worldwide, this time of year allows us to reflect on our personal celebrations and how others in our communities, country and world celebrate.