Album Review: If Words Were Flowers by Curtis Harding

If Words Were Flowers 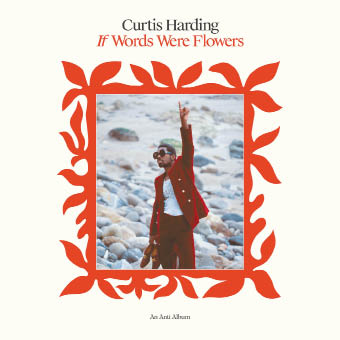 From old school soul to psychedelic rock, If Words Were Flowers contains everything you could possibly think of. This is Curtis Harding’s third album, his most experimental album to date. Personally, I think experimenting with his sound was for the better. While his first two albums contained many gems, he played it on the safe side for both.

If Words Were Flowers kept me entertained all throughout. Never did I want to skip a single second. In an interview with UNCUT, Harding revealed the album was named after his mother’s request to get her flowers while she is still here. In the record’s titular song, the words “If words were flowers/ I’d give them all to you” starts off the album. The strategic placements of songs such as the upbeat love tune “Can’t Hide It” and the mellow guitar strings from “With You” made each one distinct. Certainly one of the greatest projects to arise from the last two years is Harding’s third album, If Words Were Flowers, which explores the importance of love in today’s chaotic world.