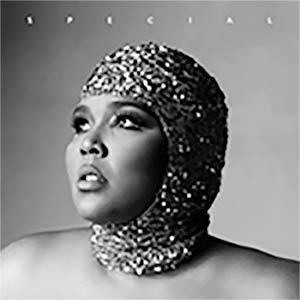 Following up her 2019 album Cuz I Love You, Lizzo hit us in the face with Special, which is home to tracks like “About Damn Time” and “2 Be Loved (Am I Ready)”. It may be a surprise to some that this is only the star’s second album. After just her debut album, Lizzo managed to become a household name. And it is completely deserved. The artist has been paying her dues in the industry for years and when it paid off, it paid off big.

Over the past three years she has starred in a Golden-Globe-nominated film, Hustlers, started (and won an Emmy for) her own reality show, Watch Out For The Big Grrrls and started her own clothing line. Though it’s clear fans adore her music, her music career came second to business endeavours in the past couple of years. But god are we glad she’s back, taking over the charts, the radio and (most importantly) TikTok audios. “About Damn Time” made a splash on TikTok as the single immediately became a fan favourite, with everyone and their mom joining in on the dance trend. There was some drama surrounding certain lyrics on the track “Grrrls” but as the queen she is, Lizzo quickly apologized and corrected the missteps. Special is a fun album full of popified hits. It’s exactly what we all need after we’ve all “been home since 2020.”