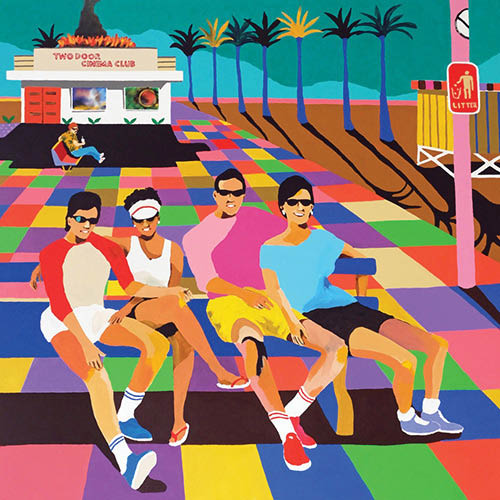 Keep on Smiling is a punchy and relatively fun 12-track album. “Messenger Ad (Intro)” sets the tone for the rest of the album, the ominous-sounding instrumental goes on for a bit too long for my liking. Although tracks like “High” and “Everybody’s Cool” are reminiscent of their older work and seem like fan favourites from discussions on social media, it seems that many fans are disappointed and miss the old sound of Two Door Cinema Club. The other tracks found on Keep on Smiling, unfortunately, sound overproduced and are uncomplimentary to the band’s deeper lyrics that just get drowned out by all of the beats and synths.

While Keep on Smiling was a reasonable attempt to develop their sound to explore other genres, perhaps revisiting their roots once again may be beneficial to find where they fit best. For that reason, I give this album a B-.