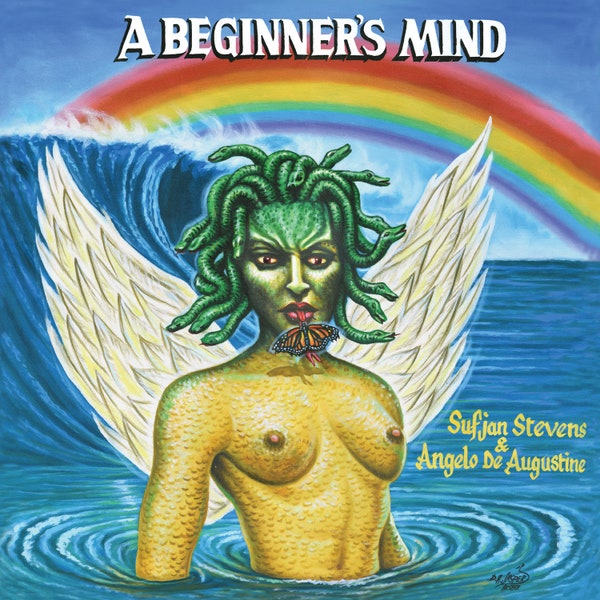 Sufjan Stevens released his collaboration album A Beginner’s Mind with Angelo De Augustine on Aug 24. In an interview with Consequence Sound, the singers revealed spending a month in an upstate New York cabin where they were inspired to loosely base their songs off of films they had watched together. It makes me wonder why it took this long to release a collaborative album — the two singers fit together like a puzzle piece.

Stevens and De Augustine stayed true to their style of indie, avant-garde folk with a hint of electronica. The light guitar strums and their feather-light voices lured me into listening to the entirety of the album in one sitting — I felt as if all the songs were a personal lullaby. Songs like “Lady Macbeth in Chains” had an upbeat tempo which hid the melancholic lyrics of “now the two allegories of pity and terror/ one for the money, for trial and error/ telling the story anointing its pleasure.” Similarly, “Cimmerian Shade” contained lyrics “The lamb cries ’til ears ring/I cannot love from my prison of shame/ in Cimmerian Shade/I’ll keep her safe in the well, tailor-made,”. Can you tell which cult classic film this was inspired by? This album certainly needs to be on your autumn 2021 playlist.