Fawaz Saleem started the Men in Nursing club as a way to support men in a female dominated industry. Photo courtesy of MRU Media Room

Saleem, an Indian-born Muslim Canadian, has found himself adapting to a new country and a women-dominated program.

He, however, has embraced these new challenges and has sought to make his impact on his local community. As president of the MRU Men In Nursing Club, he and his fellow members help newcomers to this field ease into a field that may be difficult to navigate at first.

Saleem was also commenced in the Young Leader Award Category for his development of a four week program for the Youth Leadership Academy of Canada that promotes ways to increase EDI in Canada’s young leaders.

Faith Michael Uzoka, PhD, a computer science professor, has also been awarded the Newcomers Diversity Award for his long time contributions to EDI, which involve developing diverse and inclusive workplaces for students and staff by shining the spotlight on people in need of equity in the workplace. 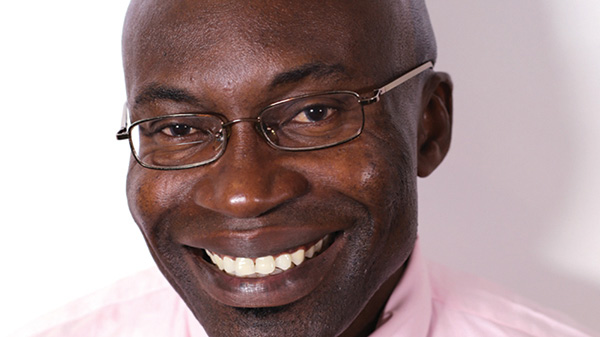 “I’ve been doing a lot of work around equity, diversity and inclusion. Both up MRU and elsewhere. Fighting to make sure that historically marginalized groups get a fair share and feel a sense of belonging in every organization that I have an opportunity to impact… I want to recognize here that it’s not only a singular effort. It’s just the face of the efforts that we’ve put in and having won the award.”

His work has been significant towards diversity at MRU and he has shown his commitment through his continued actions in the President’s Equity, Diversity and Inclusion Advisory Committee.

His list of accomplishments also reflect his unwavering dedication to ensuring that he and his community work towards making it a better place, be that at MRU or elsewhere.

In 2019, he received an MRU Research Recognition award for collaborating with a student in Africa to develop a smart pill dispenser as well as developing a computer system to assist doctors in diagnosing tropical diseases.

He has also received the Queen Elizabeth II Platinum Jubilee Medal for his contributions to Alberta.

Uzoka cites his faith as one of the leading causes of his contributions towards equity and diversity in every community he is a part of.

“My philosophy hinges from the teachings of Christ and is stipulated in Matthew 25:40, it says, ‘Whatsoever you do to the least of my people, that you do unto me. In other, as a person of faith I see god in everybody, I see everybody as a human being, that is worthy of dignity. As a creature that does not deserve to be discriminated against, I see everybody as a creature, a being, that should equitable opportunity, that should be given a platform to succeed, be themselves and achieve their purpose in life.”

As both staff and students continue to strive to make efforts towards improving EDI on campus, leaders like Saleem and Uzoka step up and lead their communities in getting the recognition and equity that they deserve.