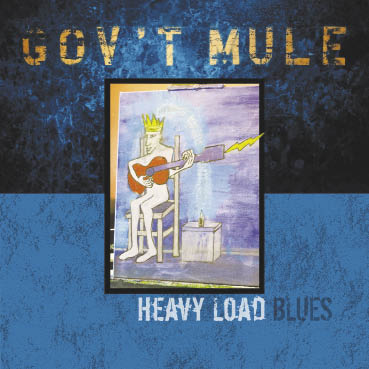 As the name implies, the album is blues-heavy, but Gov’t Mule makes their rock n’ roll lineage known. This is why blues and rock n’ roll fans alike will love this album.

Using originals and covers to complete the work, the Southern rock jam band pays tribute to artists like Elmore James, Ann Peebles, Tom Waits, Howlin’ Wolf and The Animals throughout the album.

If you like acoustic blues, “Black Horizon” and “Heavy Load” are for you. On the track, Warren Haynes, Gov’t Mule’s lead singer, explores gritty vocals complimented by rhythmic guitar riffs.

The spirit of blues comes alive on “(Brother Bill) Last Clean Shirt,” which was first released in 1964 by The Honeyman and later covered by The Animals in 1977.

Where the album hits its stride, however, are on tracks like, “Blue’s Before Sunrise,” “Wake Up Dead,” “Feel Like Breaking Up Somebody’s Home,” and my personal favourite, “Ain’t No Love In The Heart Of The City.”

As the band’s first fully-blues album, they checked all the boxes, with gripping guitar, growling vocals, soulful bass, animated ivories and meaningful mash-ups.