Downtown residents and workers are to expect the continued downtown revitalization project by the City of Calgary. Photo courtesy of Wikimedia Commons

The City of Calgary has revealed its plans and budgets for the upcoming years of 2023-26. The city council presents the plans to Calgarians with the idea of resiliency, stating that the decisions made by the council are guided by economic, social and climate resilience. 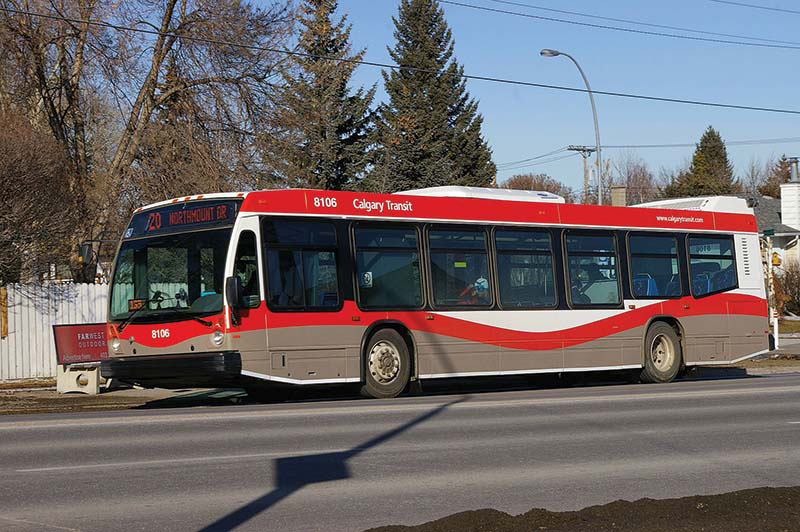 The City of Calgary has based their decisions on the needs of Calgarians — transit services was one of the main concerns. Photo courtesy of Wikimedia Commons

Some of these plans include lowering transit fees for weekend family passes, free transit rides for children under 12 and adding bus shelters and benches. The city will also continue its downtown strategies by converting unused office spaces into residential units and post-secondary institutions.

They also plan on eliminating permit and license fees for outdoor patios in 2023. Infrastructure investments such as the Green Line, BMO Centre expansion and Arts Commons transformations are also included in the plans and are in-progress.

The City proposes that the total annual operating budget will reach $4.9 billion by 2026, as well as investing a total of $10.2 billion in capital infrastructure that starts or continues in this cycle.

Some of these budget breakdowns include $170 million in anticipated capital investments for downtown areas and main streets. This will mean improvements in the public realm, quality of life and attracting investment.

Cameron Devlin, a Beltline resident of three years, finds that the council’s plans will be a good thing for Calgarians.

“I think although downtown has a few great spots, there are multiple areas that are clearly lacking sufficient city planning and investment. I think those projects mentioned and the additional investment will help, but ultimately their role in revitalizing downtown will hinge upon further economic growth and development in the city.”

Devlin also says that the downtown revitalization project will be interesting to see how it plays out.

“The conversion of downtown office space into residential and retail is probably the only applicable short term solution to combating greater than 30 per cent [of the] vacancy rates, since a lot of corporations are sticking with work from home and hybrid style working conditions, which will prevent demand for office space ever recovering to oil-boom levels.”

A 2022 fall survey conducted by the City of Calgary has found that Calgarians’ biggest concerns included infrastructure, traffic and roads, transit, homelessness, poverty and affordable housing.

Concerns regarding crime, safety and policing and recreation and parks have the biggest increases compared to the 2022 spring survey. The 2022 fall survey also states that 56 per cent of Calgarians find that they receive ‘good’ value for their municipal taxes, a value consistent with the 2022 spring and 2021 fall surveys.

Calgary property owners are to expect a 3.7 per cent average annual tax increase in the next four years. Currently, the starting point increase for a typical single residential property tax bill in 2023 is 5.2 per cent or $9.83 per month.